You are welcome to make friends online in Vietnam and get some knowledge of Vietnamese people, their culture, foods, lifestyle and more. Gaining some knowledge about this country will help you to make Vietnamese friends and understand their thoughts well. 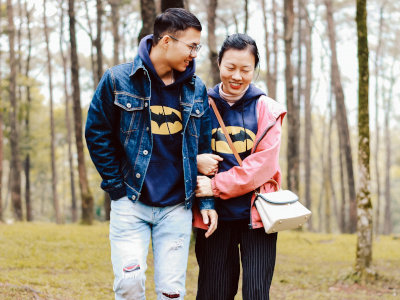 Most Vietnamese people are friendly, so you’ll feel welcomed if you go there. They can be a little bit curious, so expect to get asked about you and your country during your time there.

Vietnam has one official language - Vietnamese (Xin chào!). Depending on the region, it'll sound different. To some people, it can be a tough language to learn. But don’t worry, Vietnamese people will love you even if your Vietnamese is not that good, so you just need to know a little bit.

There are more than 35 Vietnam male & female who have already registered on our database and most of them are waiting to meet new friends around the world. You may contact them with the contact details they have published on their ChatKK profiles. Hit on View Profile button to reach their profiles.

We have introduced a color notification combined with users profile image that will useful you to understand their interested in type easily.

Note : Making friends around the world is wonderful, but be careful
Please Avoid sharing your personal data with strangers you recognize here. Especially if someone asks you for money or something of other monetary value (ex : gift cards, coupons), then let us know about her/him. We have received complaints about internet fraudsters.

A brief history of Vietnam

Vietnam was a French colony from 1877. Then in 1946, the French Indochina War broke out. It lasted for 8 years, and Vietnam (The Viet Minh back then) won. Not long after their victory, America went to war with Vietnam in 1955, and the Vietnam War started. Finally, in 1975, Vietnam gained independence, and they rebuilt the nation since then. Now Vietnam has recovered and has one of the fastest-growing economies in Southeast Asia. 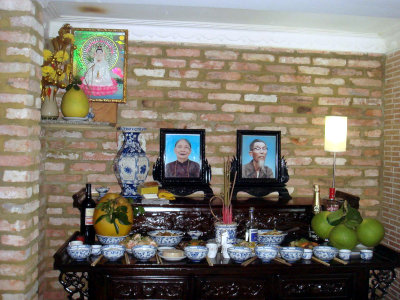 Most Vietnamese people don’t follow any religion, but it doesn’t mean other major religions don’t exist there. It’s just because not many people follow a religion. However, they have a lot of beliefs and practices, and every family will have an altar to worship their ancestor and remember their deceased family members. Some families also have a statue of Quan Am (Avalokiteshvara) or Buddha on the altar to worship.

The first day of every month in the Lunar calendar. 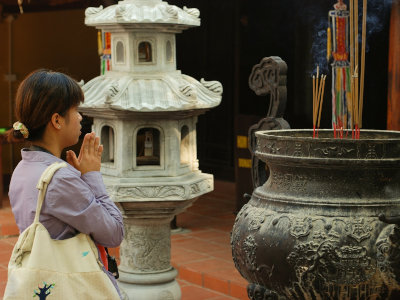 Some people would go to Buddhist temples on this day to pray for health and luck for themselves and their families. They often bring offerings with them to give to the Buddha. The offerings are often fruits, packaged sweets and desserts, and some flowers like lotus or daisies. And on that day, in some places, for example, in Hanoi, they’ll eat red sticky rice with cooked ground mung beans. That’s also why you would see a lot of red sticky rice and mung beans sold in the market on that day.

What about some don’ts on the first day of the month in the Lunar calendar? Don’t argue and borrow money. Avoid eating squid, balut eggs, dog meat, duck, and some more. Those are the most common things to avoid on that day. And remember this, when you go shopping in the early morning on that day, avoid asking then not buying anything. The sellers hate that because they believe it can impede their business. If you do that, you may get complained.

When talking about traditions, it’s easier to talk about the customs related to a holiday. 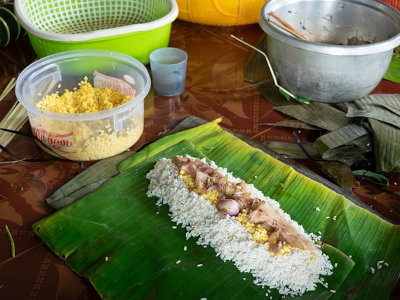 It’s a national holiday according to the Lunar calendar. On this holiday, people will take some days off, usually for 7 days. During Tet, people will redecorate their house and buy a peach flower tree or a hoa mai tree. Then they visit their relatives and give children and elderly people lucky money. They often eat dishes like banh chung, banh tet, gio lua, boiled chickens, and sticky rice during Tet. Some families buy those dishes in the market, some families make them by themselves.

Mid-Autumn festival is also according to the Lunar calendar, and it is dedicated to children. Adults will buy lanterns for children and everyone will hang out with their friends and family. In this festival, they’ll eat Banh trung thu (Mooncake) - a sweet dessert consisting of roasted meat, sesame seeds, sunflower seeds, thinly sliced lime leaves, lotus seeds, and some other ingredients. Another common type of dessert for this festival is Banh Deo (Snow skin mooncake), which is also really sweet.

Please take your shoes off 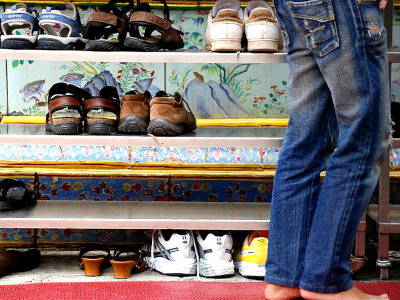 This applies when you go to a pagoda or a temple as well. Before you go inside, take your shoes off and leave them in front of the door.

When going to a pagoda or a temple.

Speaking of temple and pagoda, you should bear this in mind: don't wear skimpy clothes. You can wear a dress, but it shouldn't be revealing. Wear long pants instead of shorts, and make sure your clothes are not transparent so that your underwear are not visible. To Vietnamese people, it's rude and disrespectful to wear such things in a sacred place like the Buddha temple.

Plus, you shouldn't swear and make noise when you're in a temple. And in some temples, they don't allow you to take pictures. So it's best to leave your camera at home. 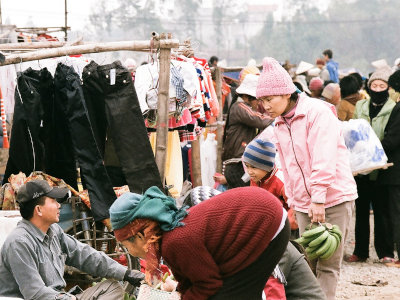 When you’re talking to someone older than you, don’t call them just by their name. Depending on how old that person is and what the gender is, you have to refer to them with kinship terms: use anh (literally means older brother), chú (uncle), bác (a genderless term used to refer to a person that's noticeably older than your parents), and ông (grandpa) if you’re talking to a man, and use chị (literally means older sister), cô (used to address someone older than chị), bác (same above), and bà (grandpa) when talking to a woman.

However, things are not that simple. Many Vietnamese people don’t like to be considered old, so if you call a 50-year-old woman “bác” instead of “cô”, she’ll feel annoyed, or even offended. But there are some cases, for example, when you call him “anh” instead of “bác”, he may feel offended because he thinks you considered him your peer or are trying to seduce him. Many Vietnamese people, especially younger ones, also have a hard time with it, and it happens a lot. So a rule of thumb is: ask others or even ask that person directly how you should address them, or you can observe how others refer to that person. 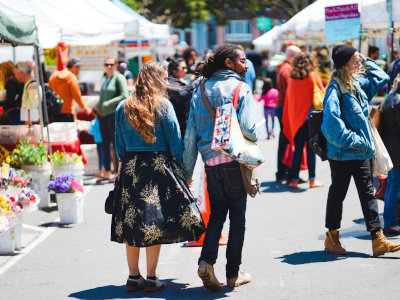 Holding hands is ok. But if you kiss or touch your girlfriend/ boyfriend in public, everyone will stare at you and judge you. It’s a pet peeve. So avoid sexual touches in public.

How to say your old

How Vietnamese people calculate their age can be confusing. The most common way to calculate your age is by subtracting the year of your birth from the current year. For example, if you were born on December 29, 2000, and I’m writing this article in 2021, you’re 21 years old now.

There’s another common way to calculate your age. Simply put, you’re one year old on the year you're born, and you’ll be 2 next year.

To avoid confusion, when Vietnamese people ask how old a person is, they’ll tell the year they were born instead of their age.

If you google best dishes to eat in Vietnam, you’ll probably see pho, bun cha, or bami pop up. They're all well-known dishes. But now, I want to talk about what Vietnamese people eat in their daily meals. 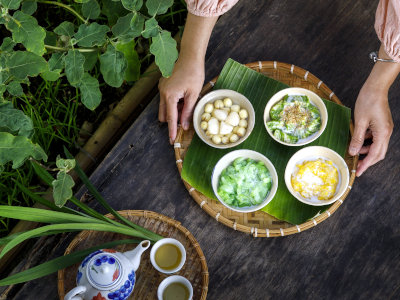 Another thing is bones in fish and meat. Vietnamese people are ok with eating them with bones and getting rid of them later, so some Westerners may find it strange because they're used to fillet fish and meat that doesn't have bones.

It’s a vegetable side dish. The most common nom has carrot, green papaya, peanuts, and a combination of vinegar and sugar. It’s a great dish to eat with other heavy, fatty dishes.

This hearty, wholesome dish is the best when it’s a cold day. Slow-cook fish for about 1 hour in caramel and coconut water, and you’ll have super tender, fragrant fish in a sweet, savory sauce. How yummy!

It's a cheap and easy-to-make dish. All you need is some oil, several garlic cloves, fish sauce, and water spinach, and you’ll have a delicious vegetable dish.

The fatty, tender meat in sweet sauce goes well with a hot bowl of rice. It's a simple, easy dish that all Vietnamese families love.

You may also like making friends from these countries